Jeremy Corbyn at the Eisteddfod

Jeremy Corbyn at the Eisteddfod 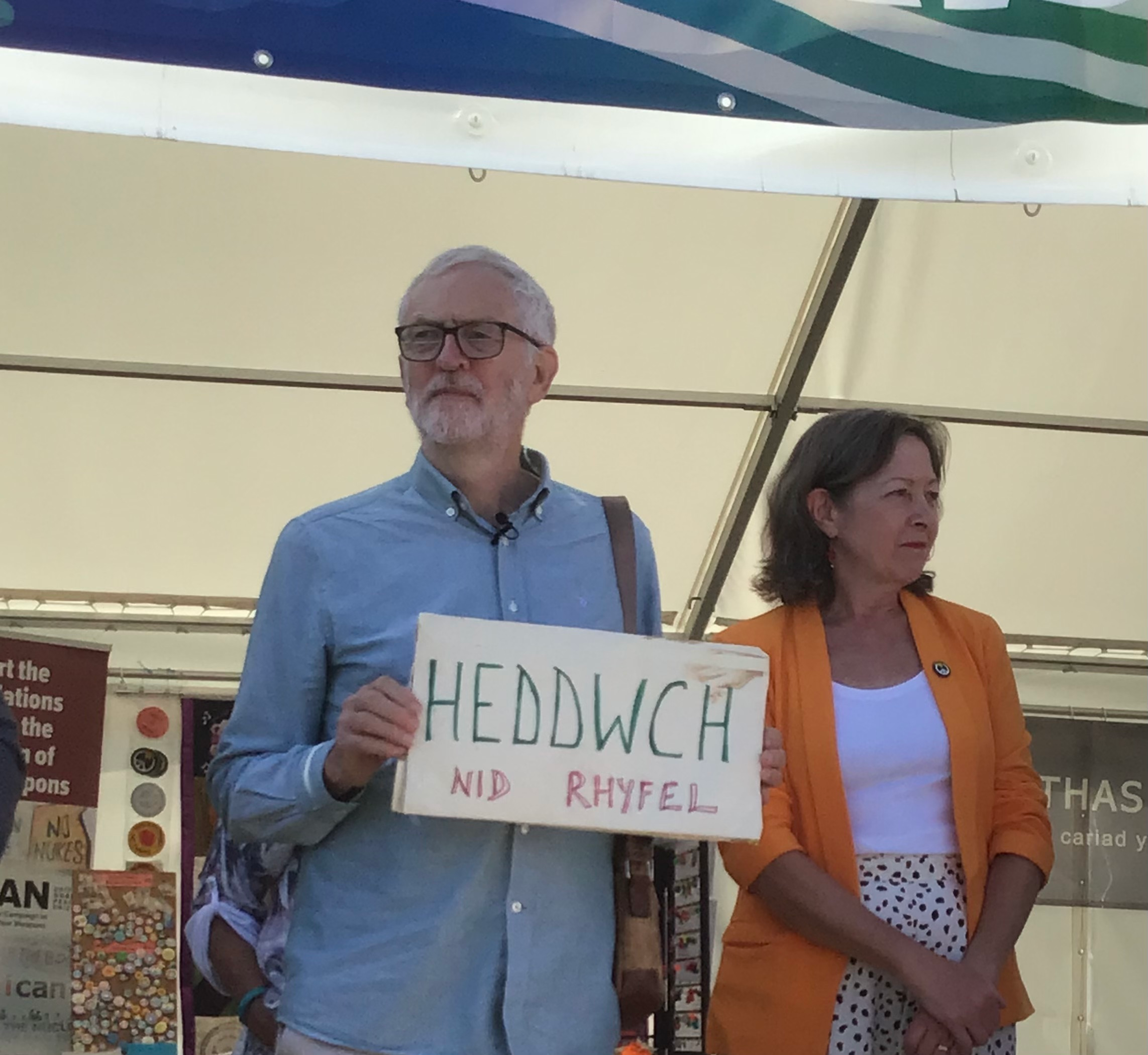 My thanks to CND Cymru for inviting me to this special anniversary event of the use of atomic bombs in Hiroshima and Nagasaki in 1945.

The hundreds of thousands who died then were followed by many more deaths from nuclear fallout and cancers in the decades that followed.

As the nuclear arms race accelerated with the Soviet Union, Britain, France and later China acquiring their own nuclear weapons, testing followed.

Much of this testing was done in the Pacific but also in the Soviet Union and US. The testing also created nuclear destruction, fallout and deaths of soldiers used as “guinea pigs” as well as civilian people who had no notion of what was happening.

The peace movement around the world grew, in an attempt to both stop the spread of these appalling weapons but also to bring about nuclear disarmament in the countries that posessed them.

This led to the agreement on the Nuclear Non-Proliferation Treaty which is under review this month at the United Nations in New York.

The amazing achivement of Wales in being declared a nuclear free zone 40 years ago should be applauded and venerated today. The vision of peace will always be stronger and more powerful than the voices of war.

There are growing tensions in the world. In this century alone we have seen huge conflicts from the invasions of Afghanistan and Iraq, to the wars in Syria, Libya and Yemen.

The residue of those wars has been poverty, destitution, terrorism and hunger.

The completely wrong decision of Russia to invade Ukraine has led to new tensions, more loss of life and new instability.

All this conflict has created many refugees, maybe the largest ever number in recorded history, who should be treated and welcomed as victims of wars and other disasters.

Thankfully in the case of Ukarinians they are being welcomed and supported. Exactly the same should apply to victims of wars and oppression from other conflicts.

A world free of nuclear weapons is possible, they do not provide defence — only, if used, the certainty of the deaths of millions and a destruction of life across swathes of our planet.

The nuclear ban movement for a nuclear-free world is supported by a majority of the member states of the UN; not that the British media have given any prominence to that.

Our government, and that of the other declared nuclear weapons states, have all increased their stocks of nuclear warheads, after decades of reductions. Other states, India, Pakistan, Israel and North Korea, now possess nuclear weapons.

These nine states are in a minority in the court of world opinion.

On this anniversary of Hiroshima let us resolve to use the language of peace to try and bring a ceasefire and peace to the people of Ukarine and Russia and the other conflicts around the world such as Yemen.

Let us also thank those who have done so much to advance peace. Our friend, the late Bruce Kent, gave his life to peace and humanity and did so much to inspire a generation to dream of real security. Freedom from hunger and poverty, opportunities for education and good healthcare and a culture of peace and creative endeavour. We thank Bruce for all his work in his long and wonderful life.

Today we also send solidarity to Julian Assange who is languishing in a maximum security prison and being threatened with removal to the United States where he will face a 175-year prison sentence for the crime of exposing injustices and threats to our peoples by the world’s most powerful and dangerous forces.

Here in the peace of the Eisteddfod and the beauty of Tregaron — home of Henry Richard MP whose ideas inspired the creation of the United Nations — our duty is to create a world of peace, through justice and sustainability where resources go to those ends, and not that of destruction.